Tracy Novinger and her husband sell real estate, but don’t hold that against them. Tracy has put together a neat little video clip about Patzcuaro and its surroundings.

We escape Michoacán from time to time to see how the rest of the gringo world lives in San Miguel de Allende. We’ll stop in Starbucks more a few times, because it’s the one of the most well-decorated Starbucks around. And then we’ll head over to:

But when it’s time to really chill, we head over to ex-Hacienda La Petaca, north of town and halfway on the way to Dolores Hidalgo. The excitement there will amount to hearing distant drums from La Cuadrilla, watching packs of feral dogs roam, happening upon an occasional lost shoe, listening to the broccoli grow and gazing upon a newly-turned compost pile. And reading. If it’s chocolate on your pillow at night you crave, you’ll have to bring your own. This is a place to bask in peace and quiet, to ponder the stars out at night, to entertain yourself.

You can consult the guidebooks and those clever little pieces about 36 hours in San Miguel de Allende all you want, but none of them hold a candle to what attracts us when we venture 150 miles north of Morelia. And return home with a bag of freshly harvested jicama, straight from the fields of Celaya.

What are the odds that Mexicans think of themselves as socialist rather than capitalist? 0.81 to 1, making Mexico #1 in how we perceive ourselves as individuals in Latin America, leaving Panama a close runner-up.

Go here for the Gallup Poll results, which include perceptions of how Latin Americans views their countries.

Credit goes to Two Weeks Notice: A Latin American Politics Blog for pointing us in the right direction.

From the time the owner of Bookworm, an Omaha bookstore, handed me Simple Cooking and told me to read (and buy) it, more than two decades ago, we’ve been smitten, taking him to bed with us nearly as often as we’d tune on and turn in with Rush Limbaugh. Like a good fairy tale or maybe, to others, a sonnet, his books bear reading over and over again like a good-night story.

John Thorne isn’t your usual food writer, all caught up in sous-vide (which as far as I’m 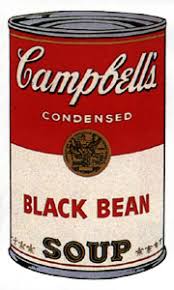 concerned, Birdseye came up with long ago), slow food, ethically responsible food, whatever that is, and sustainable farming. He openly admits to a fondness for canned tamales, cilantro sandwiches, and rightly admits, as anyone with good taste food ought, that there is no better than Campbell’s black bean soup, doctored only with a spoonful of sherry. He reviews cookbooks, researches the history of important dishes from macaroni and cheese to menudo, and still finds time to experiment.

He may not have gotten pozole down just right (but you’ve got to cut a guy from New England a break), but we’re forever in his debt for introducing us to chicken with forty cloves of garlic.

We bought Pot on the Fire, Outlaw Cook, and Serious Pig, as soon as each was published, just because John Thorne had written them. Frankly, neither measured up to Simple Cooking, but that didn’t stop us from picking up Mouth Wide Open: A Cook and His Appetite—and we’re happy that we did. At last, Thorne’s back to what made him love us in Simple Cooking.

In What’s Spanish for Quagmire, Jorge Castañeda explores and punctures the five myths surrounding Mexico’s (and your) war on drugs.

Los Estados Unidos lost its war on drugs, just as surely as it’s going to lose that war in the Middle East. It’s time for some rational heads to prevail.

When God’s not busy hating Africa, he hates girly men. There was time that we were so concerned about keeping the New World’s men from fates like that that we laid the groundwork for Miss Suzy’s RealMan™ Academy, place where parents with enough money could send their sons who showed signs of being too nice to old ladies and tendencies toward philately and numismatics for RealMan™ lessons in things like killing grizzly bears bare-handed and flossing their teeth with tumbleweeds. But we’ve been beaten to the punch, not only by The Dangerous Book for Boys but now by The Art of Manliness, which even lists 45 manly hobbies. Ham radios, ships in bottles, gardening, reading, and computer programming still live on! Any man who doesn’t profess an interest in at least one of these hobbies is hopeless. Personally, we always thought men who favored magic were the best.

At the Chapel of Jimmy Ray. We want to worship there. I wonder if they’ll accept tattooed Republicans! Like his work? Then go here. Now.

Look at his website to find the picture, which we’ve appropriated without permission.

An excerpt from Game Change appears here.  Of course, those in the know knew something was foul from the very beginning. How else could a nobody like Obama have been elected?

This is another book y0u, my faithful and good-looking readers, can buy me for Valentine’s Day.

Starbucks is planning another series of mugs commemorating Morelia, Zacatecas, Chihuahua, Pachuca, Guanajuato and the D.F. Will there be a successor to the ever-popular Morelia mug, which sells for $165 M.N. in Morelia and up to $99 USD on eBay?

t was Hanukah, and the year was 1999, when Gumby first appeared on a latke, right here in the Promised Land of Saint Mary of Guido. We kept his appearance rather quiet, knowing that millions of Gumby devotees would storm the place in search of his image. Every year after, while others play the dreidel game, count their Hanukah gelt and light the candles, we would remember fondly the night on which Gumby on a latke came into our lives. As far as we knew, we were the first house that he would honor, given that absolutely nowhere, then and now, would a reference to him appear. On the other hand, others may have likewise kept mum about his appearance.

Sure, you’ve seen Jesus on a tortilla, the Virgin Mary on a piece of burned toast, Mother Teresa, the inventress of human suffering, show up on a shriveled apple muffin, and Buddha himself reincarnated as a Cheeto. But none of the would even resonant with us quite like Gumby on a latke.

Today we bow our heads in a moment of prayer and sorrow at the demise of Gumby’s creator, Art Clokey.

Writing in the Los Angeles Times, lawyer Mark Greenbaum takes on the august American Bar Association over its rampant accreditation of law schools, creating an unprecedented glut of lawyers. New lawyers saddled with debt exceeding $100,000 USD are not unusual.

In a rush to shed it white shoe image, the ABA has shown about as much sense as sub-prime lenders and the U.S. government, leaving more than half of the practicing lawyers in the country out in the cold while it plies bringing the Rule of Law to developing countries off in Africa, encourages outsourcing legal work to India, never mind that there are ranks of hungry, competent lawyers in its own country, holds meetings in Disney World and the Virgin Islands, discounts its memberships to government and public sector lawyers, judges, and high-earning lawyers in large firms, and constantly pats itself on the back for public service initiatives. 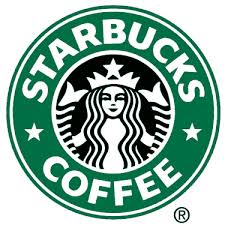 Let’s hope so. It seems that Starbucks appropriated some pre-Hispanic images for its mugs, and Mexico wants Starbucks to cough up some bucks.

Muchas garcias to J.S. Tyre, a.k.a. Tyre-wan-kenobi, for the link.

Día de Reyes has now passed, and I’m sure that many Staring at Strangers readers are now contemplating what to buy me for Valentine’s Day. I’m going to make it easy for you this year. No chocolates, no marzipan, no flowers, not even a new pair of Ferragamos. You don’t even have to give me Amazon credit, although I definitely won’t refuse it if you do.

Adriana Trigiani’s latest book, Brava, Valentine: A Novel, will be available at a bookstore near you during the first week of February, just in time for you to buy it for me. Having stayed up until the wee hours of the morning finishing off the first in this series, Very Valentine: A Novel, I am in desperate need to have the sequel in my hands as soon as possible. I can’t wait around for it to hit the bargain pile. I need it now.

Remember, it’s not just one superannuated and recovering lawyer lost in the wilds of central Mexico you’ll be helping with this purchase. You’ll be helping the author, the American publishing industry, truth, justice, the American Way, and everything that’s good and pure with your purchase. Because I live in Mexico, I can’t just sally over to Barnes & Noble or Borders and buy the book. But wait, there’s more. Whoever buys and sends this book to me will receive, completely free of charge, a tribute right on the pages of Staring at Strangers. That’s something Sally Struthers doesn’t even offer up for your support of a starving child in Africa. And when I’m finished to the book, I’ll even loan it to a worthy stranger.

Write me at jjrose@jjrose.com, and I’ll tell you where to send my Valentine.

I don’t care if it rains or freezes,

‘Long as I got my plastic Jesus.

Over at Morelia’s favorite panaderia, Hornos Ortiz, The Wise Men and their entourage, made entirely of bread dough, now play a supporting role to Wednesday’s Rosca de Reyes, in which a baby Jesus will find himself nestled and lying in wait to spring himself upon whomever is destined to serve up tamales come the second day of February.

Many thanks to Lorna Dillon, who travelled all the way from Scotland to take these photos.