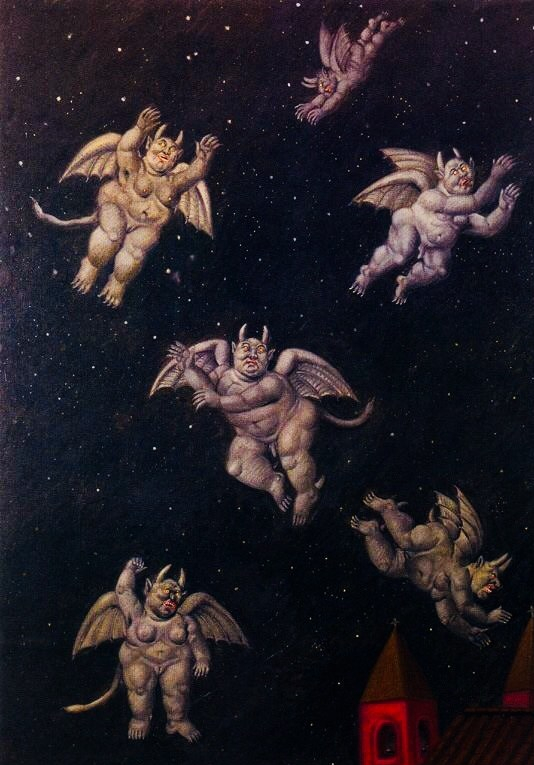 Let’s get this out of the way: there is no U in Colombia.

“Colombia? That’s the last place in this hemisphere I’d want to go to for vacation,” warns Gabriel, my dentist of 35 years, a well-traveled, sophisticated kind of guy who thrives on adventure and whose very own father came from Ecuador. “You couldn’t make me go there.” Never mind that we live in one of those places that’s on the U.S. State Department’s no-go list. You would’ve thought I’d suggested a winter holiday in Detroit. But then his reaction mirrored most of my friends’.

When I pitched this piece to the Voice of Experience editorial board, you could practically hear the eyes rolling. You’d think I was urging travel to Venezuela or Somalia. Let’s just say the board’s enthusiasm about Colombia piece was less than audible. Colombia has long been the poster child of the unruly society that many associate with Latin America.

“But you’ve already been there,” other friends tell me, issuing the same refrain I’d hear forty years ago when I kept returning to Mexico. Never mind that these are the same people who return to France and to Italy and even to Disney World year after year.
Upper-middle class bachelor parties in Mexico have started opting for a long weekend jaunt to Colombia instead of old-time standbys of Cancun, Cuba, or Las Vegas. It’s been making the New York Times lists of up-and-coming places to visit, and it’s got Lonely Planet’s endorsement.

“The only risk is wanting to stay!” A little over a decade ago, the Colombian export commission and tourism ministry launched an advertising campaign explicitly intended to ameliorate the country’s “most dangerous” reputation in South America. But the odd logic practiced by the U.S. State Department would continue to play Chicken Little, issuing a Level 2 Exercise Caution advisory for Colombia with a Level 3 Reconsider Travel advisory for some regions. Forget what you saw on Narcos, Romancing the Stone, and Scarface, will you? Like the readers of VOE, I’m not traipsing off into FARC territory or trying to score illicit sex and drugs. There’s no question that Colombia is security-conscious, but frankly, I’ve felt more danger lurking right in front of Neiman Marcus on N. Michigan Ave. in Chicago on some random Tuesday afternoon.

Twice the size of Texas and France, four times bigger than Italy, this country packs in loads of landscapes—two coastlines, the Andes, Amazon rainforest, deserts, big cities, middling villages, rivers, lakes, jungles, valleys, and savannahs—and the second-highest biodiversity in the world. It consistently rates as one of the happiest countries in the world, according to the World Happiness Report. Its position near the equator means that there’s very little variation in temperatures throughout the year, although the higher elevations are cooler than the lowlands. In Bogota, it’s possible to experience all four seasons in the span of an afternoon. This is a place where the sun rises early and sets early with very little change throughout the year.

Colombia’s first allure to me was its ease of access: a 4-hour affordable flight from Mexico City. Even from the U.S., flights to Colombia are relatively inexpensive. High quality and good value would come later as selling points.

My favorite venue, and consequently the site of most of my travel in Colombia, has been in the Andean Region. Bogota, Medellin, coffee and quaint towns, all at an altitude, are my idea of a great holiday.

So many visitors to Latin America are enchanted by traditional markets, dancing natives, folk art, nature hikes, and visits to coffee plantations. Don’t get me wrong: I’ve enjoyed that stuff, too. But nothing fascinates me more than a visit to the mall, and Latin America has some of the best ones in the New World. Arlene Dávila’s El Mall: The Spatial and Class Politics of Shopping Malls in Latin America explains how and why Latin American malls are light years from Mall of the Americas. They’re for more than just shopping because malls create and host a Main Street, a cultural space, restaurant venues, events, and plenty of opportunities to just people-watch. Whether it’s Bogota’s Centro Mayor (the largest in South America) or Centro Andino or Medellin’s El Tesoro Parque Comercial, I just can’t get my fill, easily spending the better part of a day easily entertained at any one of them.
And then there are the treks to antique stores, flea markets, hippie markets, pop-up stores, and even grocery stores, all sources of never-ending exploration.

Just as Buenos Aires calls itself the Paris of South America, Bogota is tabbed the Athens of South America, and for good reason. Bogota boasts over fifty museums, all at prices ranging from free to only a few dollars. This is culture at a price I can afford. In Bogota, the Museo del Oro, the Museo Botero, and the Museo Nacional are right up there with the best anywhere. Medellin has the Museo de Antioquia, with its world-class Botero collection, the Botero sculptures scattered throughout the city, El Castillo Museo y Jardines, the Museo del Agua, and the Museo Casa de la Memoria. But what is really memorable is simply stumbling across some museum housing something that you’ve never really thought much about and then visiting it just for a clean bathroom, some shade, or to bide time, only to be pleasantly surprised. I still chuckle at how I came across and actually enjoyed museums dedicated to philately and numismatics, subjects I’d never really considered interesting.

It doesn’t take a lot to entertain me in Colombia. Just wandering around can be entertaining enough, but coming upon an unexpected event, like the Bogota International Book Fair, a bazaar for new designs, a clown workshop, a dog adoption fair, or an exposition of women-owned small businesses, is always a highlight. Planning a trip around some event means higher prices and higher expectations, but just picking up the local newspaper to see what’s going on doesn’t.

Because I’m usually travelling alone, I never plan meals at some destination restaurant or even one well-ranked in Trip Advisor. I just stop at whatever looks good when I’m hungry and in the mood. Some of the most memorable meals have been at restaurants I couldn’t even identify again by name, simply because they were situated within a museum or recommended by the owner of some ratty antique shop as a good place for lunch. The $2.50 chicken fried steak and a $.65 cup of coffee (freshly baked cookie included), both consumed in Envigado, a suburb south of Medellin, stand out in my memory as much as the $20 steak I enjoyed later in the day in El Poblado.

Colombia isn’t the place to go looking for fine wines. Carulla’s liquor department had a lonely bottle of Colombian wine. But it is the place for artisanal beer, coffee, fruit of every hue, bread, and, of course, arepas. There are the fancy restaurants, the world-famous Andres, Harry Sasson and Leo, and just about every ethnic cuisine under the sun. Traditional Colombian cuisine comes across first as bland and well-fried, but upon reflection, it eventually all comes together as simple, honest, and straightforward fare, devoid of pretense and harboring no mystery ingredients. It’s just home-cooking: Ajiaco, a chicken, corn, and potato stew, and Bandeja Paisa, a platter filled with pork-flavored beans, rice, ground meat, chicharron, plantain, chorizo, hogao sauce, avocado, and lemon. Even the traditional breakfast dish, Recalentado, made up of last night’s meat, reheated with some rice and beans, is surprisingly satisfying, reminiscent of the Spanish rice many of us remember from our childhoods. If you like beer, cheese, and charcuterie, Colombia’s the place for you. Liking none of that, I spend my time looking forward to fruits not easily accessible elsewhere, like lulo and mangosteen, and the coffee.

Bogota and Medellin both have excellent public transportation systems and traffic that would make Mexico City’s traffic problems look Lilliputian. But taxis are plentiful, safe, and cheap. Uber and its kin are just as available.

Domestic airfare is a real bargain once you learn to book on the airline’s site as if you were in Colombia, paying in Colombian pesos. Doing that will deliver an airfare that can be more than 50% cheaper than booking on the U.S. site in U.S. dollars. And you can still use English on the website. You may need to notify your credit card issuer that you’re virtually in Colombia ahead of time when you’re buying plane tickets that way.

Foreigners visiting Colombia as a tourist are exempt from paying the 19% hotel tax. This doesn’t apply to tours and some package plans.

Foreigners also are eligible to receive a refund of the V.A.T. for certain purchases.
A 10% tip is automatically added to all charges for food and beverage, even at Starbucks, but it is optional, as is explained on the additional 8” of every receipt that accompanies a purchase.

For convenience and to avoid ATM fees, many of us are accustomed to withdrawing the maximum possible from each visit to an ATM. Colombian ATMs routinely limit the transaction to the equivalent of $125 USD. Only Colpatria and Citibank have more generous limits: $265 and $375. Use your credit card whenever possible to cut down on the need for frequent trips to the ATM.

You are going to love the place. It is as if the Germans were running South America. And I mean that in a good way, too. Think about tranquility, well-mannered tidiness, red bricks, and even fried food. Just don’t talk about Pablo Escobar.